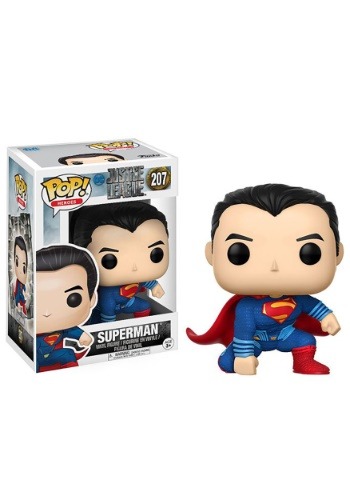 DC Super Heroes always have that cool pose. You know the one—it’s when they slam down into the Earth and crouch down, one fist still digging into the ground. Then, they slowly tilt their head up to glare at the bad guys before them. Still not sure what we’re talking about? Just look at this Funko POP vinyl of THE Super Hero, doing THE pose.

This Justice League Superman vinyl figure gives you the most powerful DC Super Hero of them all, doing the classic pose. This little figure is wearing his costume from the Justice League movie and he even has a molded red cape that’s flowing down his shoulders. You can place him next to Wonder Woman, Batman, The Flash, Aquaman and Cyborg to combat the forces of evil, or you can place him next to your computer solo. Either way, he’s going to look like one handsome little hero.