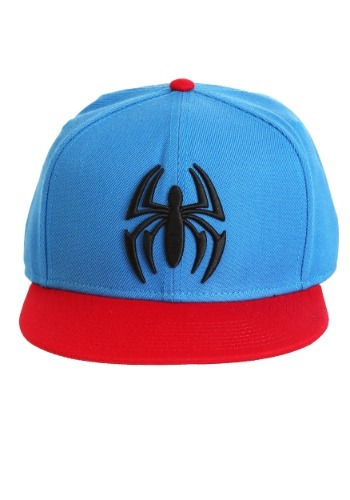 Hat's Off to You

We can't decide what would be worse: being an average, boring teenager to whom nothing exciting ever happens, or being a teenage superhero trying to prove yourself to the world.

But, sadly, we will never know what it's like to be a cool superhero like Peter Parker. So we'll have to try to just liven our days with style and as much adventure as we can muster. This Spider-Man Homecoming Snap Back Hat lends a certain something to your daily looks, whether you wear it to school, to the skate park, or to defend the world from evil. Though it can't give you superpowers, it will infuse your days with daring excitement!

This is an officially licensed cap from Marvel, and it features supreme sturdy construction and a simple spider graphic embroidered on the front. The brim of this baseball cap is red, while the rest is a bright blue. This wouldn't be a great pick for Peter, since it would pretty much blow his cover, but you can wear it regularly to make a super statement on your style!

You don't need anything flashy—like superpowers—to stand out. Though, this awesome hat certainly doesn't hurt, either! Wear it whenever you need to feel like the best version of yourself, even if that version is totally casual.