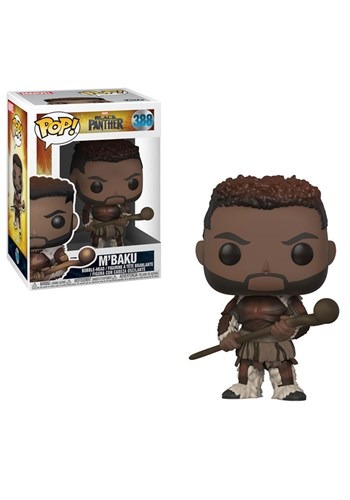 Hero meets hero. They fight. They become grudging allies. One heals the other after he falls off a waterfall.

Well, okay, they don't all go like that. But maybe that's what makes the relationship between Black Panther's M'Baku and T'Challa so meaningful. They might have different ways of doing things, but they both value the same things. And they're willing to help each other out when the going gets rough.

Bring home your own M'Baku with this POP! Marvel: Black Panther- M'Baku Bobblehead Figure. The officially licensed figure is 4.25 inches tall and stands by itself. He's the perfect addition to any Black Panther collection.