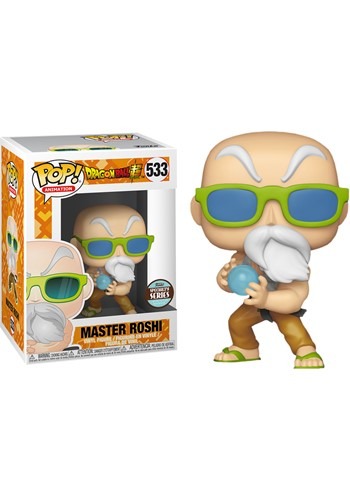 He's Still Got It

People always underestimate Master Roshi. After all, he looks like a shriveled up grandpa wearing a Hawaiian shirt who might fall over if you sneeze on him. That's just not the case though. When he takes that shirt off, he's packing a rippling array of muscles and martial arts techniques. Even at 300 years old, he's still capable enough to compete in Tournament of Power and this Pop! Dragon Ball Super Master Roshi Figure showcases his fighting prowess! He's in the middle of performing a Kamehameha Wave and he's keeping it real casual in a pair of khakis and a tank top. Make sure to place him next to his star student, Goku, when you add him to your collection.