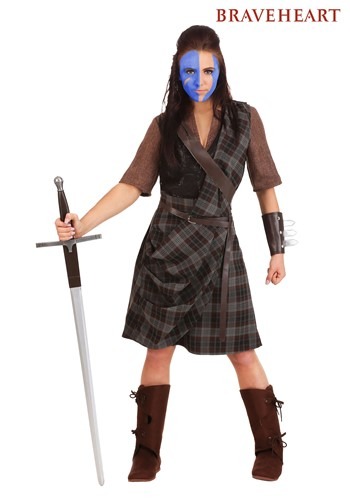 The High Road and The Low Road

The Scots are known for a lot of things. Kilts, bagpipes, haggis. The Scots are a people that really know how to have a good time, even if it's raining eighty percent of the time. But it's not all reels and whiskey. The Scottish clans are also known for their resilient, freedom-fighting ways. For hundreds of years before William Wallace came along, the clans of the North fought against English rule. Some times rebellion was vented in small ways with bands of raiders riding over the border to steal the English sheep and livestock that grazed in the hills of Northern England. And sometimes, strong leaders such as William Wallace had their fill of English law and gathered whole armies to show the monarchy in the south just how they felt. With a background of misty mountains and a soundtrack of bagpipes, it's no wonder that this fight for freedom has captured people's imaginations for generations. And no movie captures the drama of the Scottish struggle for independence better than the movie Braveheart!

If you've always wanted to paint your face blue and shout FREEDOM, without the social consequences, this licensed Braveheart costume is a great choice! The Made by Us costume, designed by our creative team, features a plaid kilt that has an attached sash that wraps around one shoulder. A faux leather vest is layered underneath, creating a battle-ready look. Pair this intricate costume with a riling speech and a sword and you'll be ready to lead the charge into your next costume party.

Are you ready to get in touch with your inner tough warrior? This costume comes with some wild side effects such as an outspoken nature or a charming brogue. Cue the bagpipes this Halloween is going to be epic!