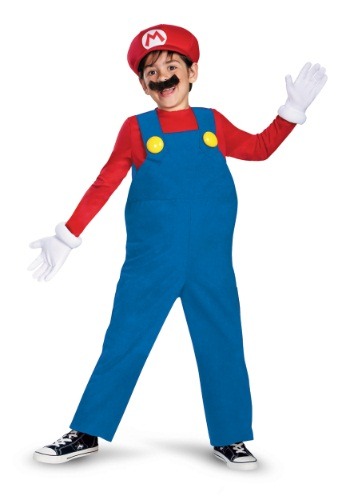 Ever since he first broke into the video game scene in 1981 climbing ladders on his way to fight Donkey Kong, Mario has captured our hearts and imaginations. What a journey it’s been for the little plumber! He’s trounced Bowser countless times, turned into paper to go on interdimensional quests, played tennis, beach volleyball, baseball, soccer, and go fish, partied down with his friends, and even ran his own hotel on one (admittedly misguided) occasion. Just like his fellow countrymen da Vinci and Michelangelo before him, Mario is a true renaissance man, ready to take on any challenge with a smile on his face and a super mushroom in his belly.

It’s not easy being Mario, though. Ever try to beat someone in a fight by jumping on their head? Even if you manage to get up there, you’ll more likely wind up looking stupid than actually taking them down. Have you ever worn a cat suit while you ran around in public? It’s all fun and games until the cops come to take you somewhere alone for a while. And if you invite your friends over for Mario’s kind of party, odds are they’re not going to enjoy falling off of buildings, being eaten, and passing live explosives back and forth between them. No one comes to our parties any more.

We’re not saying you shouldn’t actually try doing any of these things, of course. (In all seriousness we are, of course; FUN.com categorically condemns playing with explosives.) What we’re saying is that if you’re going to live like Mario, you have to look like him first. That’s why we’re pleased to offer our officially licensed Deluxe Mario Boys Costume, the complete ensemble for little dudes who want to dress up as their favorite video game hero. The belly even inflates, saving you a ton on spaghetti. In the words of Mario himself: “Wah! WAH! WAHOO!”

$69.99
Item # DI67819 | Write A Review
Sign Up To Be Notified When Your Size Is Available
Items Included
Product Highlights
Size Chart
SML
Inches Centimeters
Costume Sizing Tips
Product Description
Questions & Answers
There are no questions for this item yet. Be the first to ask a question!
Ask a Question
Reviews Write A Review